“Want something more? want a strong, spacious large boat without the usual large boat hustle? Then the Clubman 24 is the boat for you”.

The Clubman 24 marks the beginning of the larger Clubman models. It is a spacious, sturdy and well build boat with all it’s priorities in place. Perfect to enjoy a day on water with friends and family and spacious enough to accomodate any optional for your comfort. 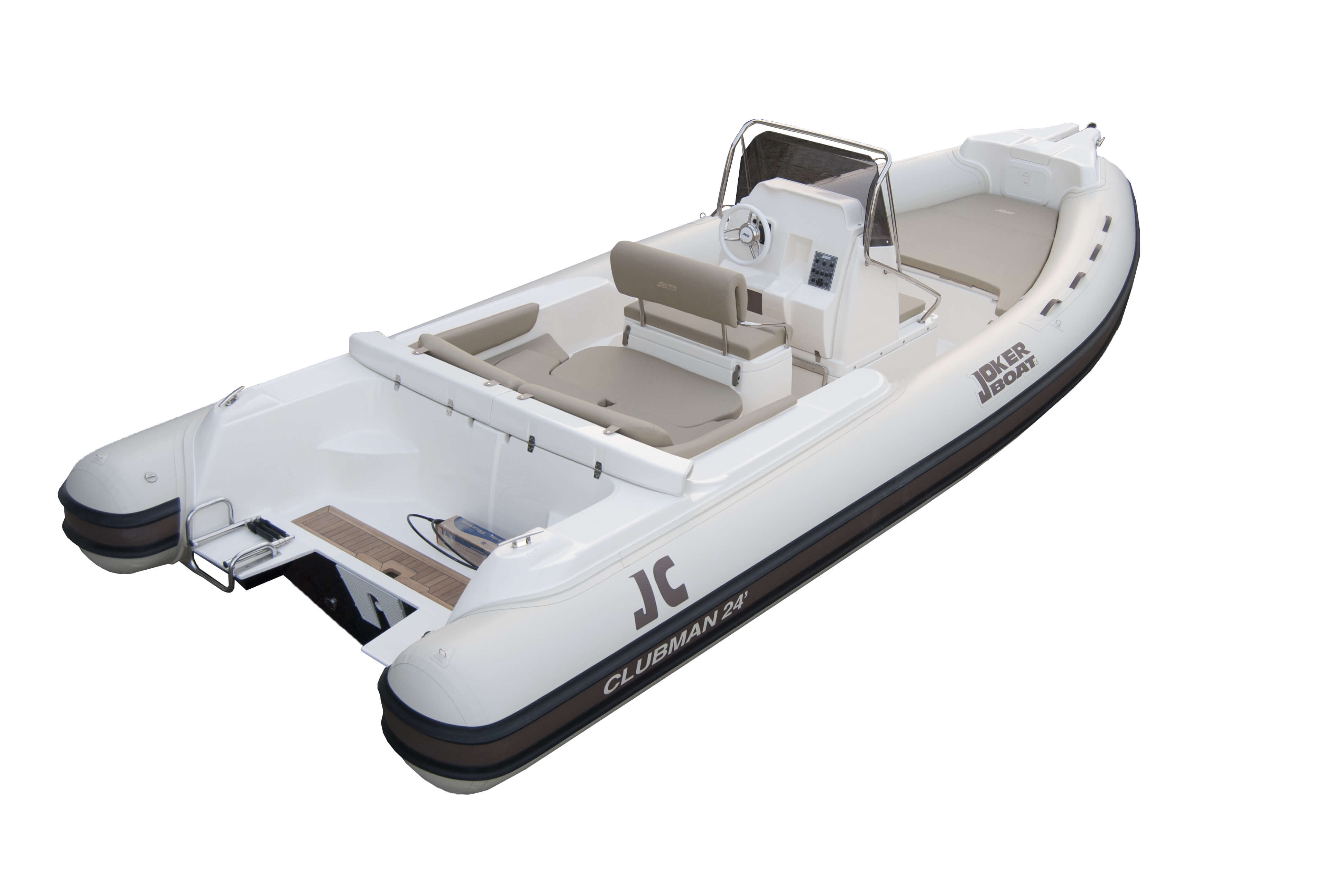 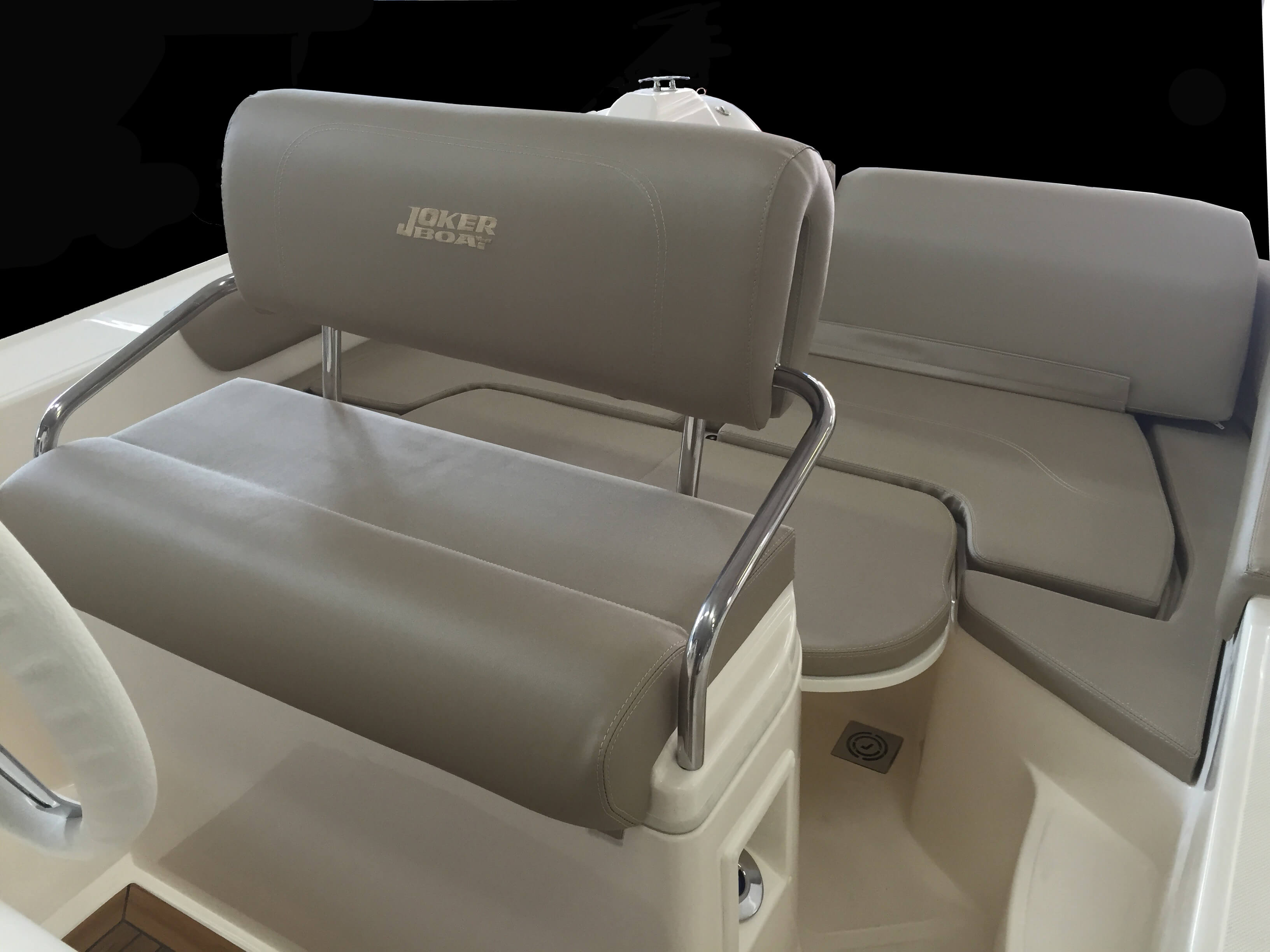 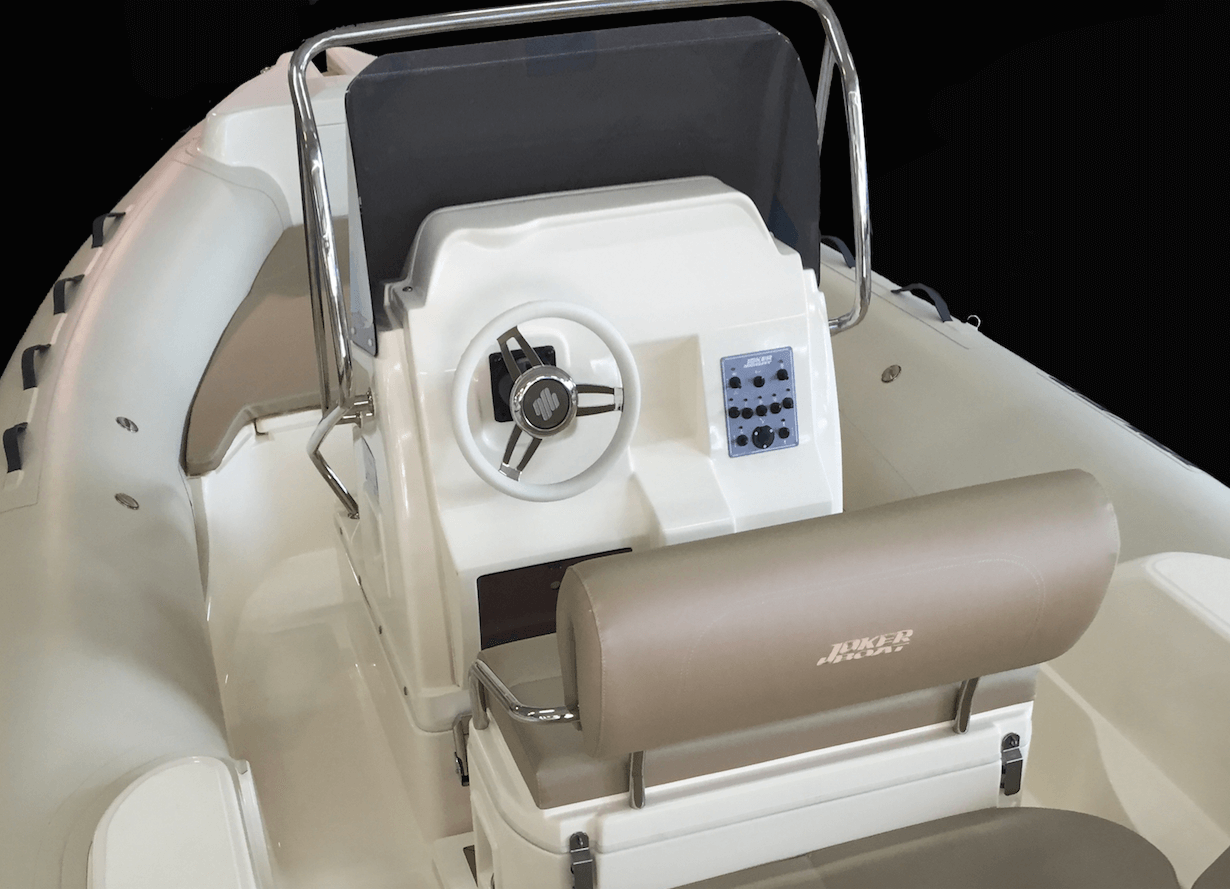 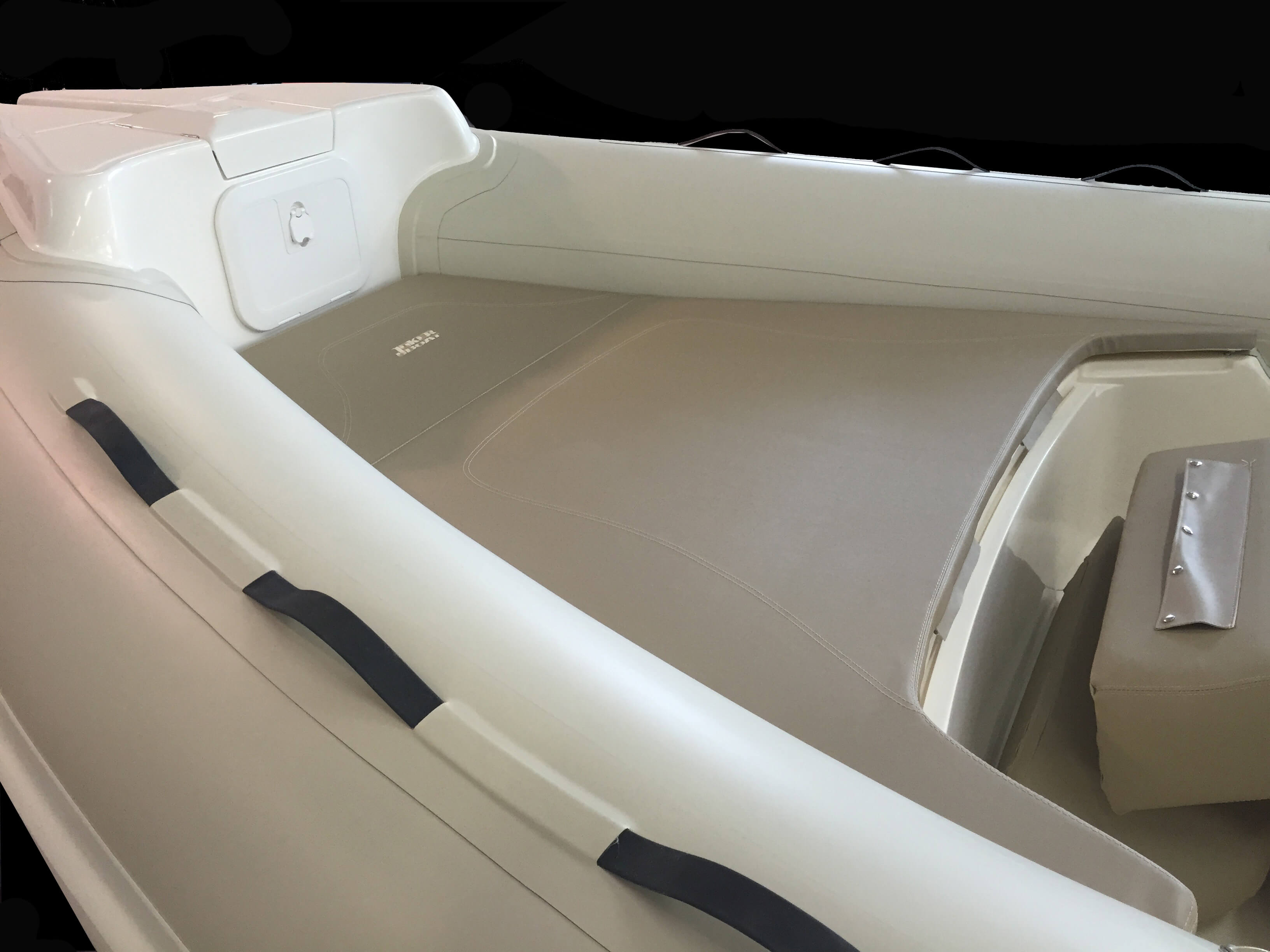 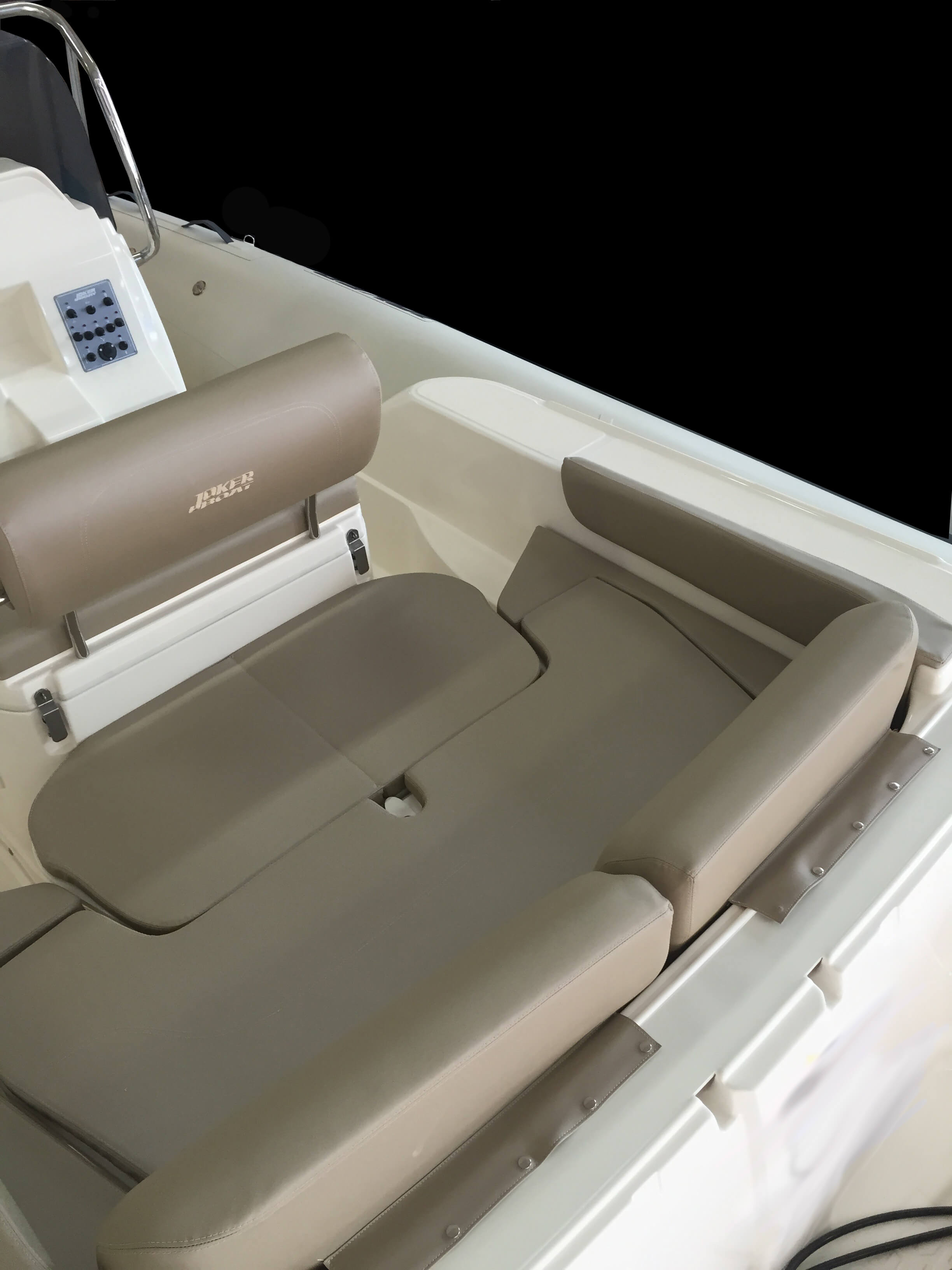 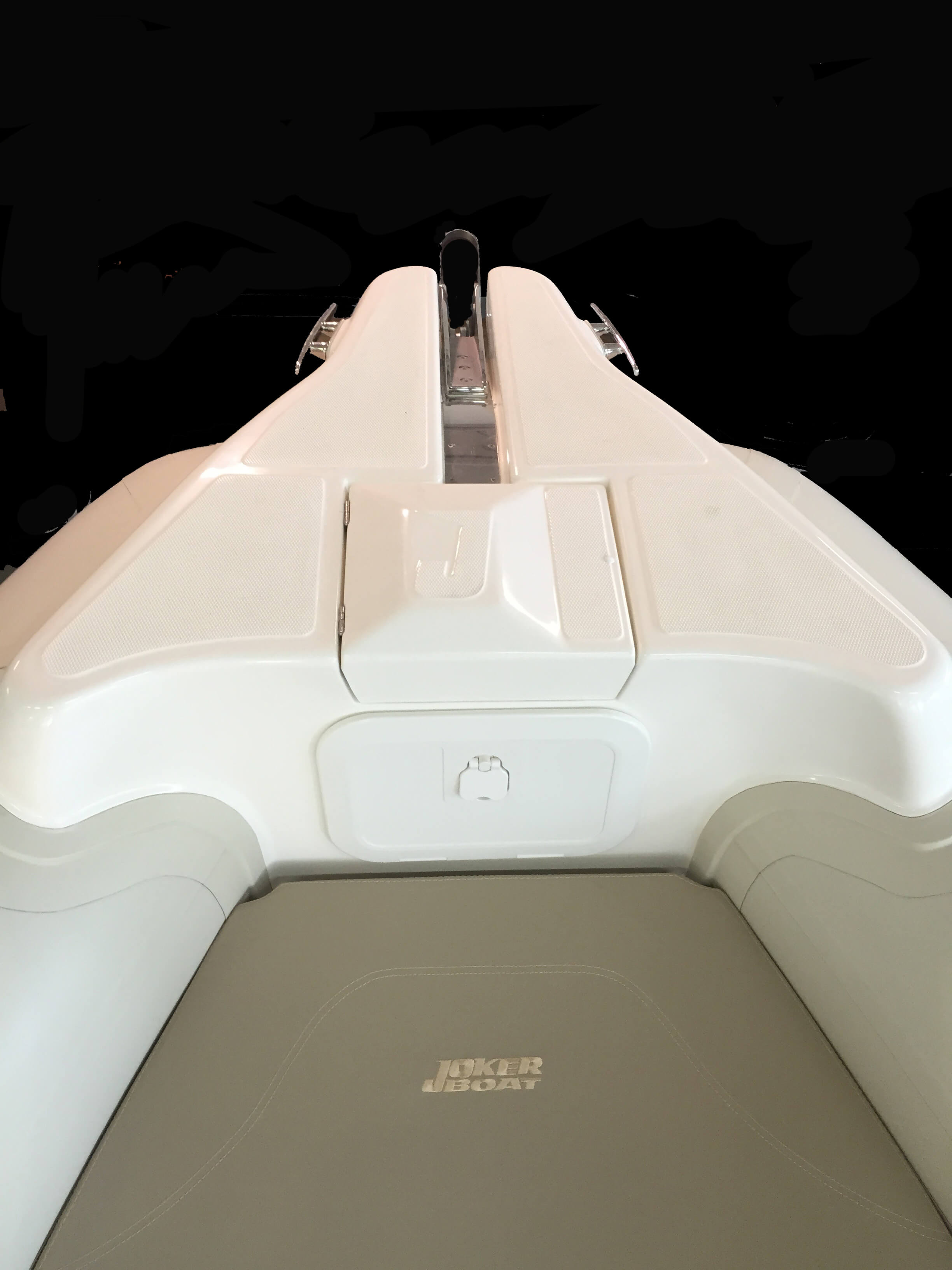 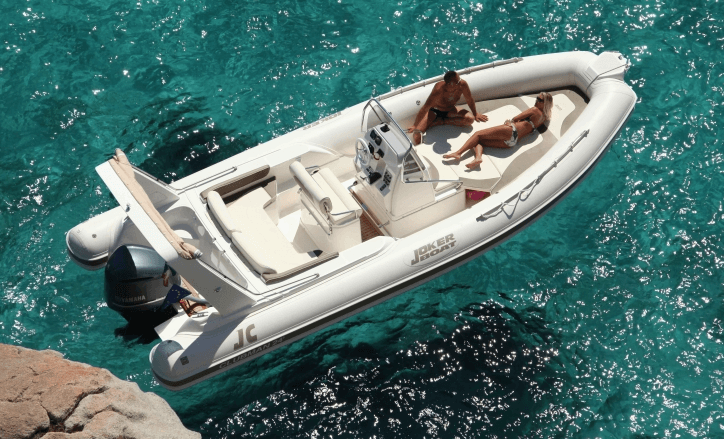 The stern is characterised by a dinette that resembles more the confort of a sofa. It’s depth and ergonomic shape, guarantee safety during sailing and extreme confort. The bow sundeck can be elongated with a sundeck extension, to create a full bow sundeck space, whilst at the stern, a standard extension transforms the dinette in a large sunbathing area when installed. On deck, the Clubman 24 has long and capacious storage areas, for swimming gear or safety endowment.

The consolle is large and well built with space for all necessary instruments and gadgets like: GPS, Radio, Depth Sounder etc.

The most stern part of the boat is characterised by a bulwark to guarantee better support to the dinette’s back rest. This could seem a difficult obstacle for elder users and children, but JokerBoat’s customer orientation, lead the project to develop starboard and port steps both towards the center of the consolle and at the cockpit, that ease the ascent towards the stern’s ladder.

The Clubman 24 comes with a large nose at the bow, to ease the disembarkation at the pier and to house the anchor with windlass to avoid any water entering the front storage space. Upon request it can mount a smaller nose and have a hole for the anchor cut in the hull, with a small modification, to avoid water insinuation.

Recreational: the Clubman 24 is mainly a recreational boat. On deck spaces are thought for seating 6 people even though it capacity is for 16.

The manageable size of 7.5 meters (24 Ft) has a certain appeal to recreational  sailors, due to it’s ease in storing during winter or simply for the ease of docking after a long day at sea.